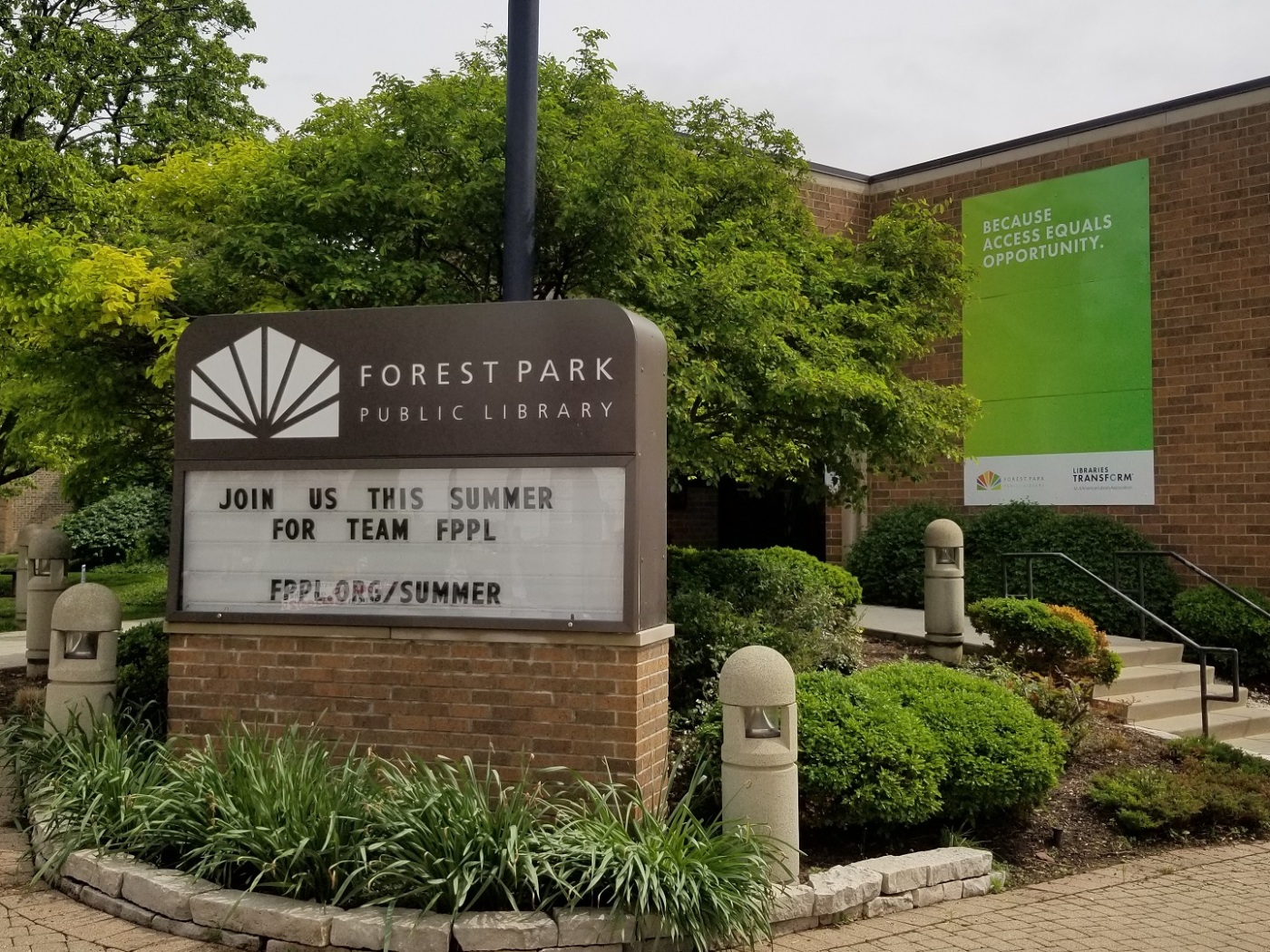 Back in 2009 I moved to Forest Park, a suburb on the western edge of Chicago. I didn’t have many people around and was working from home so spent even more time than normal (which is a good amount to begin with) going to the library – this library. Yes, the Forest Park Public Library was my home library for two years. I regularly made the trek down Des Plaines Ave, so much so that several of the staff knew me. Thus, this one has a special place in my heart.

The centerpiece of this library is the Great Sun Window, a beautiful stained-glass piece that was installed as part of National Library Week in 1963. While the library has been operational since 1916, it has been at its current location on Jackson Blvd. since 1995. It is two levels, 26,400 square feet, and serves the 14,167 residents of Forest Park.

When I visited recently they had exhibits on “Life Along the Des Plaines River” and “The Forest Park Amusement Park,” both of which were interesting and unexpected in a smaller library. I had no idea there was an amusement park, it was open from 1907 until 1922 and was on the site of what is now the Forest Park Blue Line stop.

Other interesting things to note are the puzzle table, (an idea that I love but I would be terrified to work on as I’m sure there are pieces missing and I’m a little intense when it comes to jigsaw puzzles) and the Little Free Pantry that sits outside the library, where people can leave goods for those in need.